They develop and share knowledge and educational resources related to civil resistance with interested recipients throughout the world.

FLACSO Ecuador builds and disseminates knowledge in the field of social sciences and humanities through teaching along with critical and creative research.

They strive to contribute to the development of the diverse currents of Latin American and Andean thought, and to promote justice, equity, and social inclusion.

Pontificia Universidad Católica del Ecuador (PUCE) is an academic community that rigorously and critically contributes to the protection and development of human dignity and cultural heritage through research, teaching, and the various services offered to local, national and international communities

CEMPROC aims to reduce destructive conflict and promote global peace, with a special interest in education and prevention.

Edwin Álvarez was born in La Ceiba, Honduras. Currently he is the vice-president of the Board of Directors of the Organization for Ethnic Community Development ODECO. This institution focuses on working with and for the Afro-Honduran population, fighting against racial discrimination, racism, inequality, and seeking to promote actions that lead to sustainable integral development with identity.

In his experience he has had the opportunity to collaborate with cooperation agencies and organizations as a consultant, directing work specifically with the Garífuna population in topics such as technologies, communications, human development, poverty and inequalities, human rights in general, community organization, integral education , gender, sexual and reproductive health, indigenous and Afro-descendant populations, development of human rights training programs for more than 8 years, evaluation and monitoring of projects and strategies of political advocacy, among others.

He participated in the Summer Institute of the International Center on Nonviolent Conflict for the Advanced Study of Nonviolent Conflicts in the Fletcher School of Law and Diplomacy at Tufts University. He also participates in the Local Learning Initiatives Network (LIN), through which he has developed training programs and materials on Organized Civil Resistance and Nonviolent Action.

He is the Director of the Training School of Afro-Descendant Leaders in Human Rights. He has been a social communicator, teacher and international consultant. He has a Bachelor of Business Administration, having graduated from the National Autonomous University of Honduras, and he also has two Masters and several specializations. Currently he is a doctoral candidate in Education

María Belén Garrido is a lecturer at the Pontificia Universidad Católica in Quito, Ecuador and a Ph.D student at the Catholic University of Eichstaett/Ingolstadt. She holds a Master’s degree in Peace Studies and a Bachelor’s degree in Sociology with a mayor in International Relations. She has worked as a researcher at the Facultad Latinoamericana de Ciencias Sociales (FLACSO) in Ecuador and published articles related with peace and conflict studies, with a particular focus on nonviolence. She has conducted trainings in peace education, nonviolent communication, mediation and conflict resolution.

He has founded several projects, which operate from the association that he currently runs, Global Unity Sumak Kausay, which operates various environmental, cultural, educational and community projects. These projects are based on participatory methodologies, through different methods of nonviolent action, civil disobedience and constructive program.

His specialty is in community work in areas of high violence in Mexico, prevention of violence in urban neighborhoods, workshops with youth gangs and artistic movements that intervene in these contexts.

Paola Lozada Lara has a master’s degree in international relations. She is Adjunct Professor in the Catholic University of Ecuador (PUCE) where she teaches courses on negotiation and conflict resolution. She also gives classes in the Simón Bolivar Andean University on negotiation and fundraising. Her principal research focus revolves around peace studies and conflict resolution. In a similar vein, she has published refereed articles on national and international conflicts that involve nonviolence.

Mónica Maher (US) PhD, is a Social Ethicist with decades of professional experience in Latin America. Currently, she teaches in the Gender, Violence and Human Rights Specialty at FLACSO-Ecuador and serves as Coordinator of the Latin American Program of Friends Peace Teams, dedicated to trauma healing and peace-building in Central America, Colombia and Ecuador. She has taught at Harvard University and Union Theological Seminary-New York, and received two Fulbright Fellowships and an International Rotary Peace Fellowship for her work. She holds a Master of Divinity from Harvard University, a Master of International Development from American University, a Master of Philosophy and a PhD (Ethics) from Union Theological Seminary.

Cécile Mouly is a research professor at FLACSO Ecuador and a member of the Academic Council of ICNC. In FLACSO Ecuador she coordinates the research group on peace and conflict; she teaches postgraduate courses on peace and conflict studies, and human rights; and she conducts research on peacebuilding, civil resistance and the reintegration of former combatants to civilian life. She holds a Ph.D. in International Studies from the University of Cambridge and has several academic publications on experiences of civil resistance in contexts of armed conflicts.

She has practical experience in the field of conflict transformation, peacebuilding and conflict prevention, as a former staff member and consultant of the United Nations, the OAS, The Carter Center and other organizations in various countries. She has facilitated training workshops on different topics related to peace and conflict. 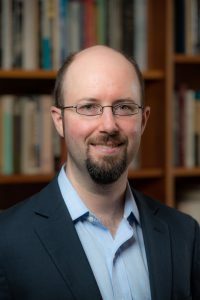 Jeffrey Pugh (US) is an assistant professor of conflict resolution at the University of Massachusetts Boston and the executive director of the Center for Mediation, Peace, and Resolution of Conflict (CEMPROC). He received his PhD in political science from the Johns Hopkins University. Pugh’s research focuses on peacebuilding and non-state actors in the Global South. His book examines the integration, political participation, and access to human security of Colombian migrants in Ecuador. His research has received ten best paper awards, and he was a 2014-15 Fulbright Scholar affiliated with FLACSO Ecuador. He teaches university courses on Negotiation, Immigration & Conflict, Peace & Justice, International Relations, Latin American Politics, and others. He has given invited talks at the United Nations Interagency Framework Team on Preventive Action, Harvard, the Colombian Truth Commission, Brown, Johns Hopkins, and many others. Pugh formerly served on the selection committee for the Delta Prize for Peace and Global Understanding, whose recipients included President Jimmy Carter, Archbishop Desmond Tutu, President Mikhail Gorbachev, and others, and he is a past president of the Middle Atlantic Council on Latin American Studies (MACLAS).