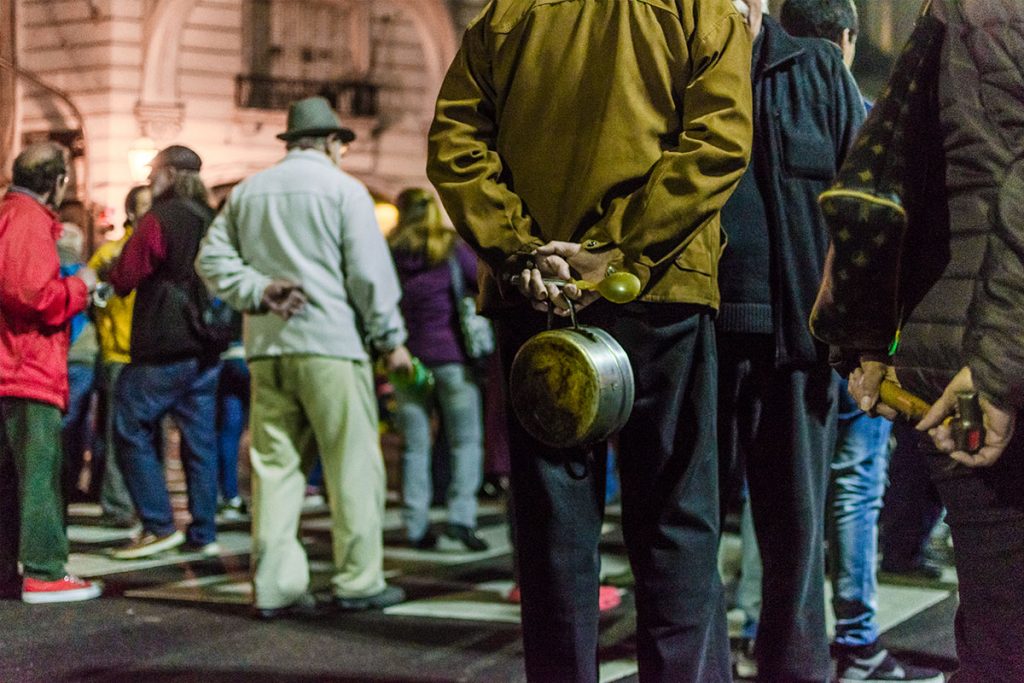 Regional program for the study and practice of  strategic Acción Noviolenta

Nonviolent civil resistance movements—featuring actions such as strikes, protests, boycotts, and many other tactics—are a powerful way of making social, political, and economic change. Yet, they are not widely understood, and receive relatively little attention in schools, universities, and the media. This session will define fundamental terms in this field, such as “civil resistance” and “movement”, provide examples of nonviolent movements, and explain how such movements are able to wield power.

2) Dynamics and Effectiveness of Nonviolent Struggles

In this session, we will discuss key research findings on effectiveness of nonviolent movements, including their historical and more recent success rates in challenging oppressive regimes. We will also talk about basic dynamics that undergirds civil resistance struggles, including key attributes of successful nonviolent campaigns.

In this session, we will highlight different theoretical perspectives on how people rise up and movements emerge, discussing the role of conditions and skills in a movements’ emergence; and bring up different strategies and tactics helpful for awakening and sustaining a movement. We will also discuss different roles that people can play in movements, and various stages of movement development.

In this session we introduce the three sessions on areas of application of nonviolent action in Latin America and the Caribbean and analyze three case studies. The two first ones focus on nonviolent struggles against authoritarianism and the third one on nonviolent struggle against violence. After a brief presentation of each case, we will do a collective analysis of the movement/campaign and its outcomes.

Nonviolent civil resistance involves skill and strategy. This session will offer a general framework for analyzing movement strategy, explain the diversity of nonviolent methods available, and explain some key factors that can contribute to the effectiveness of various tactics. We will also review various cases of nonviolent civil resistance, with a particular emphasis on understanding the impact of their strategic choices.

6) Chapter on Nashville of the documentary “A Force More Powerful”. Analysis & Group Work on Strategy and Tactics

In this session, participants will watch a 30-minute segment from A Force More Powerful documentary. After the screening, participants will be divided into smaller groups and tasked with addressing a number of questions pertaining to the segment and relevant to the discussion about strategic planning and tactical innovation and sequencing as part of a civil resistance campaign. Subsequently, participants will come together to brief others on the main issues they discussed in groups and engage in further conversations about specific aspects of the campaign presented in the documentary.

Case studies of nonviolent movements and campaigns: lessons from Mexico

From a reflection on current violence in Mexico, this session will address the main characteristics of social movements against violence, showing their origins, the strategies they use and the way in which they have used nonviolent means of struggle and actions strategies of civil disobedience. They will be analyzed critically in terms of their impact on reducing violence and achieving the objectives that are proposed. The cases of the Movement for Peace with Justice and Dignity will be shown, artists in Cd. Juárez denouncing femicide, community projects in violent neighborhoods and the case of the Zapatista Army for National Liberation.

In this session, we will first discuss how movements can manage repression, including by trying to avoid repression, deter repression, reduce the impact of repression, or cause repression to backfire. We will then highlight key findings from research on nonviolent discipline, the consequences of a lack of thereof and talk about how movements can remain steadfastly nonviolent. We will also introduce a conflict analysis tool that helps movements map their battlefield and induce loyalty shifts among their opponents’ allies.

In this session, we will outline diverse education initiatives, be it classroom-based, workshop-driven or online-led, in the field of civil resistance and discuss their role, content, pedagogical value, and impact. Examples of selected ICNC education programs will also be presented.